UPS, Uncle Harry and the paramus of Todi

I wasn't the first in my family to go into architecture. My Uncle Harry had gone to drafting school and started working in an architect's office It didn't last long. Architectural work wasn't particularly remunerative even then but it might have afforded him the appearance of a more dignified calling, something which Uncle Harry couldn't care less about. He wanted to be outdoors. Harry was smarter than people gave him credit for. He thought that being confined to a drawing board under artificial light for forty hours a week was a bad deal with the devil, so he quit and got a job driving a truck for the United Parcel Service. 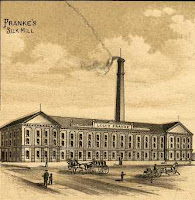