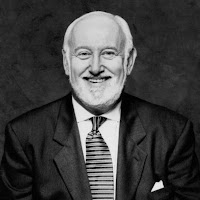 While listening to WBGO the other day, I got the news that Bruce Lundvall had died. Bruce felt like a close friend to me, despite our infrequent contact over the sixty-five years that I've known him. I suspect that everyone who ever met Bruce thought they were one of his close friends. That's just the way he was.

We both grew up in Glen Rock, NJ. Across the street from me lived Don Dewar, my good friend but, being a year older, Don had his own circle of friends, most prominently Wes Adams and Bruce Lundvall. They all shared a zany, full-blown sense of humor, much in tune with entertainers of the day such as Ernie Kovacs and Bob and Ray. Bruce was a tall, skinny, likable kid. I didn't know then that in his early teens, he was already a completely fanatical jazz nut. After he went off to college, he apparently took up weight lifting or at least serious workouts. The skinny kid came back the imposing figure we all got to know later in those bespoke suits. When I went off to college I became almost as much of a jazz nut as Bruce had been in junior high school.

We bumped into each other several times at jazz clubs in New York in the 50's and 60's but the most surprising chance encounter was in Stuttgart in the spring of 1959. I was traveling around Europe between my brief stint in the military and grad school. Bruce was in the Army and stationed in Stuttgart. Coming out of a JATP concert in the big modern concert hall, who do I bump into but Bruce Lundvall. We went off to a local club together to hear more of Roy Eldridge sitting in with some local German musicians.

After moving to Italy in the early 70's, on my infrequent visits to the US, I was filled in by Don Dewar about Bruce's remarkable career at Columbia Records. He had worked his way up to become the president of the company, where he reigned until leaving to start Elektra Musician in 1982. While working in Saudi Arabia about that time, I noted a qualitative upturn in the pirated cassettes flooding the music shops. They were copying really good records from Bruce's new label, works by Red Rodney and Ira Sullivan, Echoes of an Era, and Steps Ahead. I managed to hear a number of those musicians play at Umbria Jazz in 1984. That was also the year that Bruce left Elektra to take over as president of the resurrected Blue Note label, and the rest is history, folks.

In 1997, I made a career move of my own, returning to New York to work in a large architectural office. One thing I was determined to do in New York was to look up Bruce. It was easier than I could have imagined. By miraculous coincidence, the office I was going to work in and the offices of Blue Note were in the same building, on the corner of Park Avenue South and 23rd Street. I didn't contact Bruce immediately. We all feel elevated by seeing people we've known for a long time turn into important figures, as if a little of their success rubs off on us. Imagine being a childhood friend of a person who grows up to be a senator or even a president of the US. Wow. But then again, such people mostly work with other politicians or lobbyists, not exactly the stuff of dreams, pride or envy. Bruce was way bigger than that; he worked every day for decades with people I worshipped. Miles Davis, Bill Evans and Dexter Gordon would have been enough to keep me permanently in awe but the list of musicians that Bruce signed at the three record companies he headed is amazingly long and includes a high percentage of those whose records are ensconced in my house and whose music has been the sound track of my life.

When I did eventually call, I was welcomed into Bruce's vast two-story high office as an old friend. He showed me around, introduced me to colleagues and loaded me up with promotional CDs. Bruce could and did go on all day with anecdotes about working with musicians he revered as much as I did. His affection for jazz musicians seemed boundless but he worked with other genres as well. Dealing with the inflated egos of opera singers and the weaponry of the rappers were not among his enthusiasms but he could turn some of those experiences into amusing anecdotes.

Subsequent visits sometimes involved lunches at unimaginably good restaurants. Always in immaculate suits, Bruce was welcomed by the owners as their very favorite client, which I have no doubt he was. My visits were curtailed by our office moving downtown next to the WTC. Blue Note also moved out of the building, relocating to lower Fifth Avenue. In the aftermath of 9/11, my office got restarted on W 13th St, close enough to visit Bruce for lunch. One time, Don Dewar was up from Florida and we had a sort of mini-reunion there. Bruce was in very high spirits since the first record of Norah Jones had been an enormous success and the second was about to come out.

During my New York years, I usually got to come home in July, around the time of Umbria Jazz, and in 2001 I saw Bruce there as he was accompanying Diane Reeves and some other Blue Note artists. Unfortunately, that kept him too busy to come to visit us in Acqualoreto. Two years later I returned to Italy for good. I got into the routine of writing to Bruce with a summary of the jazz festivals in Umbria. On a few occasions he would send me a package of new CDs for my impressions. I always hoped he'd be able to come over for a real visit but with time, his health problems began to limit his travels so it never happened.

In this blog I've written about seeing Bruce in early 2014 when I visited the US. He was not in great shape then and shortly after that I heard that he had moved to an assisted living place not far from his home. Parkinson's Disease had limited his ability to move and his ability to speak but his spirit remained intact. It was increasingly difficult for him to get out to hear live music so he organized a jazz festival right there in the assisted living place with many of his Blue Note artists performing in a benefit for the Parkinson's Disease Fund.

Bruce endured more health problems than most people ever have to face in their lives but I don't recall hearing him complain. Mostly, he was just grateful for having had a wonderful life. Working at what you most enjoy with people you admire and being well paid for it would fit my description of the good life. I've known no one who lived it better.  I shared Bruce's love of jazz, of cigars, of good (mostly Italian) food and drink, and of a certain type of humor.  I've alluded to the fact that in our celebrity culture, we hope to somehow bask in the reflected glory of our important friends.  I can only hope that some of his love of life, his kindness, his generosity and his optimism will have rubbed off on me.

Thank you Bruce. If you ever meet Miles again, maybe you can introduce me some day.
Posted by Robert at 1:52 PM No comments: