For about as long as we’ve known that the earth is round but we weren’t going to fall off, 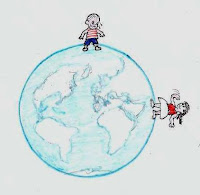 we’ve known that sooner or later we would die.  As infants, some of us might have been a little spooked by death but as we grew into adolescents we also came to feel immortal, a phase that continued for some of us into middle age.  It’s true that we heard “nothing is certain except death and taxes” more than practically any other aphorism but we learned to complain about taxes long before we worked up any real concern over the other inevitability.

Now that we’ve outlived our original life expectancy, we begin to notice things that escaped us before.  Many, perhaps most, of our friends are ex-smokers.  We all knew, no matter what the lawsuits say, that smoking was bad for us, even as the advertising campaigns worked to mitigate our fears, but it wasn’t until the immortality halo faded that most people decided to change their ways.  Curiously, that doesn’t seem to be the case with regard to alcohol.  Could it be due to the internet advice that a glass of red wine is good for one’s health?  Perhaps, but here in Italy the idea of giving up wine with all the good food available to us is comparable to, even worse than, going on a salt free or meatless diet.  Yes, we may be going to purgatory or hell sooner rather than later, but who wants to volunteer to go right now?

As we start to notice when reading obituaries that increasing numbers of the subjects are our age or, God forbid, even younger than ourselves, we begin to envision the day when we’ll receive some unexpected bad news from our doctor following a check-up or a complaint about a pain which seemed minor although unusual.  Of course we can imagine other grim scenarios, a moment where we underestimate the decline of our night driving capabilities; one episode too many of a risk-minimizing spouse placing something to be taken downstairs on an unlit step; or even the bad fortune to be on one of those rare planes that never makes it to its destination.  But those are just the whims of fate, statistically irrelevant and therefore outside the realm of our concern. Modern medicine has instilled a certain optimism in us, despite our knowledge of the inevitable trend.  We can battle and we can win.  Many of our friends have.  All sorts of diseases, which were considered death sentences not so long ago, have been successfully overcome by people all around us.  Staying positive is good for our morale, even for our health.

It was too good to last.  Early in 2020 news of the coronavirus, Covid-19, started to trickle in.  First it was a small story from China but quickly it became a major story here in Italy and has subsequently spread to dominate the news and the lives of everyone throughout the world.

Many of us in the small cohort of Americans born between the world wars have had the good fortune to be too young for the Korean War, too old for the Viet Nam War and retired before the world-wide push toward neo-feudalism made normal working life a fading memory.

We have experienced a few near disasters and some real ones from which we have escaped relatively unscathed.  The Cuban missile crisis was our closest brush with real terror.  Friends all wanted to drive to the Canadian border to escape the destruction of New York but we figured that if it came to that, there would be little left to live for.  Two tough, resolute and intelligent leaders faced each other down and decided to let life go on.  That crisis passed.  We were not so lucky with the flawed US election of 2000.  The outcome of that fiasco led to death and destruction for millions of people, centered in the Middle East, but for some of us fortunate enough to to escape direct involvement, it still led to the devaluation of our retirement prospects and a culling of our professional guild.  Some of us also survived the disaster of 9/11 from up close.  The grim memories remain but for a while we also got to experience the efforts of neighbors and competitors helping each other in the recovery.  All such crises come upon us unexpectedly.  Damage is done but afterwards it’s back to work and on with our lives.

The coronavirus has brought us to a new and unsettling situation.  Many of us, especially younger people, are impatient for the crisis to be over, for life to return to normal.   Some people reasonably wonder how they will manage without work or income.  An obnoxious minority complain and demonstrate over the inconveniences placed on them to save their lives.  Life is very different for different categories of people, rich and poor, old and young, but all share one depressing emotion: uncertainty. 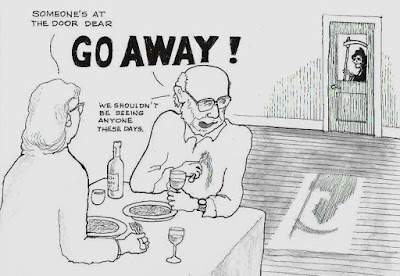 The horrors of the pandemic cannot be forgotten and they bring to mind the victims of past catastrophes, those who died in trenches, gulags and concentration camps not knowing if anything of the world as they’d known it would survive.  Now we see people dying in hospitals after weeks of agony without seeing their loved ones; nursing homes piling up corpses in refrigerated trucks; mass graves for the anonymous dead; medical staff working non-stop and sometimes being struck down by the virus themselves.  The list goes on and on, perhaps to where we become a little bit jaded.  People are angry; people are impatient; the suffering is not evenly distributed.  Uncertainty!  Will we have a job?  Will we have food?  Will school resume?  Will the economy come back?  When?  Will we survive and if not, will anybody notice?  Will the big welcome hug from a long missed friend be the kiss of death?  Nothing, not even the sacrosanct football season, can be taken for granted.

Umbria is said to be the region of Italy least affected by the pandemic.  Those of us fortunate enough to live here have more to be thankful for than most people, and most of us are aware of it.  Still, the uncertainties remain here too.  Will the restaurants survive?  Will we see our friends from abroad again?  Will the legions of teenage Chinese piano prodigies play again in Todi?  Will live jazz return?

The upside of the pandemic is that it may bring us to reflect on what we have to be thankful for, without fatuous quibbling over the ineffable nature of the recipient of our gratitude.  So, however and whenever it may end, we thank God for a long and fortunate life, much of it lived in what we regard as an earthly paradise, but still, nobody wants to be the last soldier to die in a war, so please God, if it’s not asking too much, may we be granted the patience, the wisdom and the luck to survive to see the reigning devil consigned to hell and the forces of evil in his orbit vanquished through peaceful, Constitutional means.  Amen.
Posted by Robert at 8:30 PM 4 comments: