One of the last movies my wife and I saw in 2014 was The Dark Prince, the latest Batman epic. We both wondered why we bothered to sit through it, why it was made, and who it was made for. OK, it was a comic strip brought to the big screen, and yes comic books are made for kids and they are full of gratuitous violence and heroic heroes and villainous villains. But comic books are cheap to make and their fantasy world is the stuff of small children. Why then this multi-million dollar special effects extravaganza with violence far too gratuitous, graphic and perverse to subject small children to, yet too simple minded in its characters to subject adults to? It utilizes a degree of sophistication in its special effects that might be wasted on the violence prone adolescents that the movie would seem to be aimed at.

In the real world there are good and bad people too but mostly there are people who are good in some contexts and not so good in others. The basis of classical tragedy is man at war with himself over his good and bad instincts. Most of us have some of both. Public issues usually are fueled by those inner conflicts as well as by legitimate conflicting interests. Here we have a blockbuster film with a villain, Joker, who seems to have no plausible reason for being, only a desire to be evil and an otherworldly ability to exercise his will. Why spend so much time and money on such toxic rubbish?

Or so we thought. Only a few days later congressional elections were held in the United States, where the voter turnout reached a record setting low, partly due to voter suppression but mostly due to sheep-like passivity and the widely held conviction that all the politicians are so bad that it doesn't really matter who is voted in. One might have supposed that the big GOP victory signaled a return of conservatism, that is, a slowing down of dramatic social change, and a desire to reach back to the values and styles of the mid-twentieth century. Whether or not that was the intention, that wasn't the result. 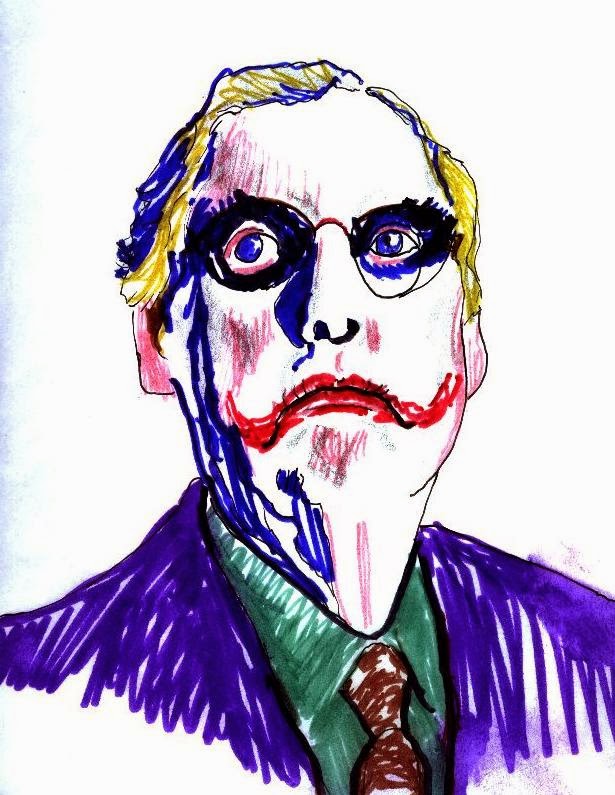 Emboldened by their capture of both houses of Congress, the Republicans didn't even wait for their new members to be sworn in. In the lame duck session they passed legislation to keep the government running for another few months. The Joker managed to insert a number of his trademark acts of civil sabotage. The Joker?! Well, it seems that some of our elected representatives also saw the movie and were inspired by the effectiveness of the Joker. Others may have simply met with Dick Cheney. Among the Joker provisions hidden in the finance bill were: 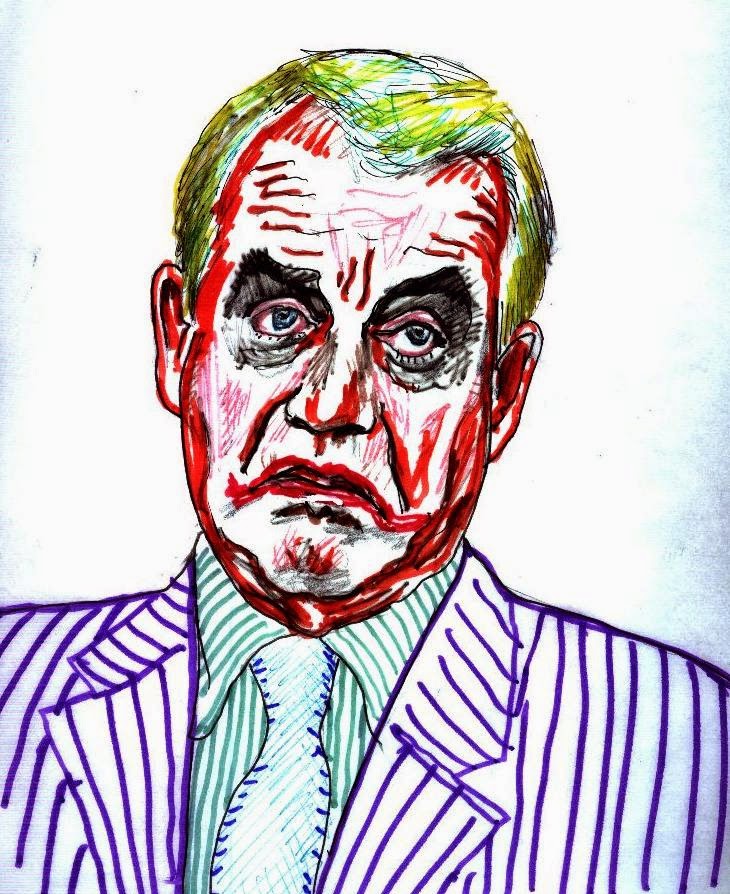 Republicans then vowed to attack Social Security with all the resources at their disposal. 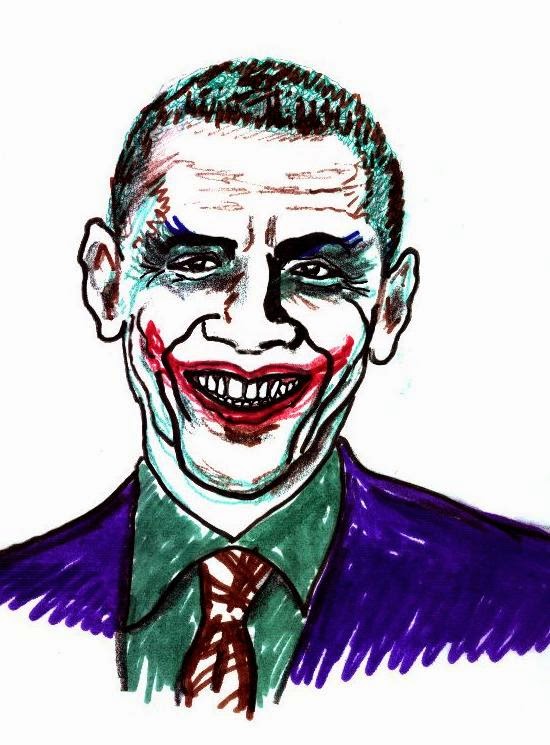 Not to be outdone, President Obama, while making his State of the Union address, in which he promised to work for a number of enlightened policies, from lowering the cost of college to slightly shifting the tax burden from the middle class to the very wealthy, none of which have an iceberg's chance in Hell of floating through this Congress, also pledged to pass the secret trade agreements, TPP and TTIP. Besides sending more jobs abroad, increasing our trade deficit, increasing the cost of medicines, and inflicting controls on the internet, these so-called “trade agreements” will establish ISDS courts, responsible to no elected government and staffed by corporate lawyers, which by inflicting fines on governments for passing legislation which might reduce a corporation's theoretical profits, will effectively control all legislation by elected governments large and small, local, regional or national, all over the world. The Joker's smile has never shined so brightly.
Posted by Robert at 11:19 AM

I Agree, Robert, at every single word you wrote but the movie is called "Dark Knight" and not "Dark Prince". Although you’re cinematographically confused, what we have here is neither a Knight nor a Prince: Just a band of misfits!