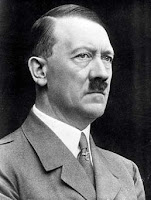 We had clear-cut enemies when I grew up.   Hitler, Mussolini and Tojo were the faces of evil. 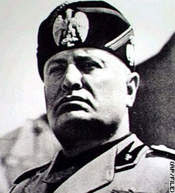 Our troops did their job, liberating Europe from the Nazis and smashing the Japanese war machine.   Uncle George sent home cartons full of military insignia, captured Japanese stationery and other items taken off dead Japanese soldiers, and later he returned with stories of the war in New Guinea. Those enemies served us well, creating a sense of national purpose and solidarity.

After the war, we always had enemies to unite against, if only in comic books and movies. The cinematic enemies were often Indians (before their mystical transformation into ecologically-correct Native Americans), sometimes gangsters, but more often, black-hatted Western villains.

However, soon after the war ended, new enemies appeared in the real world. Joseph Stalin and the Soviet Union emerged as our principal foes, with Mao Tse Tong lurking ominously in far away China. The Cold War lasted far longer than WWII had and it spawned surrogate wars, such as those in Korea and Vietnam, while starting a nuclear arms race and later a space race. Fear joined with competitive zeal to stimulate human energy, boosting the economy, especially in the military sector,  in the process. 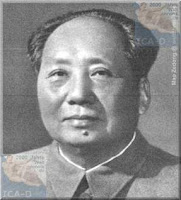 Stalin's numerous successors, Malenkov, Krushchev, Brezhnev, Andropov and Chemenko proved to be serviceable and credible enemies but the last, Michele Gorbachev, often appeared to be more rational and reasonable than our own leaders. With enemies like that we were in trouble, as confusion set in and the national will lost unity. With the collapse of the Soviet Union and the presumable end of the Cold War, things began to get murkier.

In truth, confusion had set in much earlier. Our anti-Soviet, anti-communist passion boiled over under the witch hunts of Senator Joseph McCarthy, setting Americans against Americans. While the Nazi and Soviet threats had been tangible enough to unify the populace, the Viet Cong rice farmers failed to convince growing numbers of Americans that they constituted an existential threat. 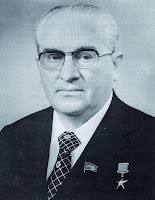 Arabs were called upon to fill the void. The Arab oil crises of the 70's helped but the emergence of Osama bin Laden, the renegade heir to a Saudi fortune and self-appointed purveyor of Islamic fundamentalist terror, filled the traditional role of enemy more convincingly than the various Arab sheiks, kings and dictators available. The problem was that while his actions were effective, he was in essence a stateless person, so his plots, while clearly acts of terror, were criminal acts, not acts of war. That was too confusing for the easily confused George W. Bush, who therefore decided to invade and destroy an unrelated country, actually one rather hostile to Osama bin Laden and his ideology, but which was ruled by another verifiably villainous Arab.

Bin Laden, Saddam Hussein, even repentant Col Gaddafi have all been dispatched. Hugo Chavez is dead of causes we may never fully know, and Fidel Castro has finally succumbed to Father Time. What's to be done? Who's left?


For the past decade there has been a bipartisan campaign to make Vladimir Putin the rising star of international villainy. Perhaps it's his resemblance to the latest incarnation of James Bond that confuses me but something here just doesn't pass the smell test.

Meanwhile, the US military budget, larger than ever, just keeps growing, despite a lack of any credible military threat. John McCain and Lindsey Graham, like me, grew up in the Cold War but it would appear that their brains were frozen in time. Graham insists, every time that there appears to be an international crisis, that we immediately send the good guys more weapons. All sixteen US intelligence agencies are insufficient to accurately locate and identify “good guys” in most of these places but the arms shipments never let up. If credible enemies can't be found, sooner or later our military industrial complex runs the risk of going the way of the steel industry, the automobile industry or even of Enron.
Lest someone think I don't take military threats seriously, I do acknowledge that North Korea is talking and acting like an enemy, although given the immense asymmetry in weaponry, under normal circumstances, it wouldn't ever be regarded as any sort of threat. MAD, the policy of Mutually Assured Destruction, worked for decades because both sides, with roughly similar nuclear arsenals, correctly assumed the fundamental rationality of their opponents. At the moment North Korea and the USA are led by individuals of a very similar personality type (or disorder if you will) so all bets are off. Several decades of terrorist “successes” have shown that the instinct for self-preservation does not universally prevail over other human passions or neuroses. Furthermore, checks and balances are no longer operational in the US and have never existed in North Korea.
Like North Korea, Israel is a small country with a nuclear arsenal, which also threatens to set off a nuclear holocaust. Benjamin Netanyahu might be a candidate to assume the role of world's leading enemy, except for the fact that he enjoys the support of nearly 100% of both houses of the US Congress. We don't really need to build up our military resources to offset this threat since we provide most of the resources that constitute the threat, although arming both sides in regional conflicts has been the key to the growth of the MIC for decades.

Still, in light of the desperate shortage of meaningful enemies, I would ask my readers to compile answers to two questions:

1. Assuming you are citizens and/or residents of the USA or the EU, please name ten individuals you regard as posing the greatest threat to your countrymen and/or to citizens of the world.*
* Please don't submit one or two names, such as Putin, Hillary or Trump, or generic ones, such as Arabs, terrorists or Neo-cons.   If you can't think of at least ten individuals and describe the threat they pose, you are not paying attention to the world around you.

2. In the interests of finding a solution to this crisis, we would ask how many of these persons are residents of countries other than the USA?


You can send your answers to: rpdg2001yahoo.com or respond on Facebook if that's where you're reading this. Next time I'll summarize the results and provide my own list along with suggestions for dealing with the crisis. Thanks in advance for your participation.
Posted by Robert at 6:01 PM

Do you know that Lindsay Graham is a national (pi kappa phi) fraternity brother? More when I have my wits about me. Burke Armstrong